9 Vertigo Myths That Need to Die

9 Vertigo Myths That Need to Die 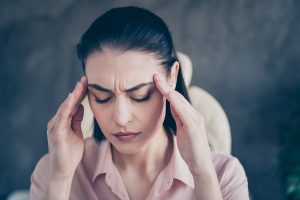 Vertigo is a prevalent problem, especially for older people over the age of 40. According to NIDCD, 40% of Americans will deal with vertigo and other vestibular issues once in their life.

Plenty of people are searching for a Missouri based chiropractor for vertigo near Odessa to get relief from their condition. However, a huge factor that hinders people from getting the right care is their continuous belief of old-age myths.

Let’s put an end to these common misconceptions, myths, and inaccuracies about vertigo. At the end of the article, we will introduce vertigo care for our readers that can help them get rid of damaging vertigo attacks.

1. Vertigo is a fear of heights

People who are afraid of heights may experience dizziness or vertigo when they look down from a high place. This is because anxiety can trigger a vertigo attack. However, vertigo is not a fear of heights; acrophobia is. This misunderstanding may relate back to the classic movie Vertigo, wherein the main character had a fear of heights.

2. Vertigo is a disease

Vertigo is not a disease but a symptom of various conditions, including BPPV, mal de debarquement, labyrinthitis, vestibular neuritis, Meniere’s disease, and many other medical concerns. It is not a disease itself. Unfortunately, vertigo disease is a popular search term on Google, which means many people think of it as a disorder, rather than a symptom.

3. Vertigo and dizziness are the same

Vertigo can be under the category of dizziness. However, not all cases of dizziness are vertigo. In short, they are not one and the same. It is critical to be precise with your doctor about what you are experiencing. Vertigo is the false sense of movement, which can include spinning, swaying, or tilting motions. It can make you or your environment feel like moving when it is not. On the other hand, dizziness can include feeling lightheaded, being off-balance, and many different feelings that are not part of the definition of vertigo.

4. It’s not connected to your headaches

Vertigo and headaches are often co-symptoms for a lot of disorders. The most frequent would be migraines. There is such thing as vestibular migraines that cause people to experience vertigo accompanied by severe headache, nausea, and sensitivity to smells, lights, and sounds. Another disorder that brings vertigo and headaches at the same time is post-concussion syndrome. This condition has other symptoms that can include cognitive problems, irritability, depression, insomnia, and more. Having a history of head or neck injury makes you a great candidate for this condition.

5. You can’t have Meniere’s disease in both ears

Meniere’s is often a unilateral disorder, meaning only one ear gets affected. However, there is a risk of the other ear facing the same problems, such as hearing loss, tinnitus, and vertigo. Meniere’s can occur in the other ear as well, although it rarely happens. It is seen more often in advanced cases of Meniere’s.

You never encounter vertigo on the list of deadly diseases, but only because it is not a disease. However, having a vertigo attack during a dangerous situation like when you are driving or on a ladder can kill you. In addition, vertigo can be a symptom of a stroke or a heart attack, which are both life-threatening if not given immediate medical attention.

Vertigo is more common in older people than the young ones, but the concept that it is a fact of life when you start to age is baseless. It hinders you from getting the right help that can offer you significant relief. Don’t just think of vertigo as a sign of aging. Vertigo always has an underlying factor that you can reverse.

8. Vertigo always disappears on its own

This is the common thing that happens in non-serious cases of vertigo. BPPV, the most prevalent form of vertigo, often lasts just a couple of seconds or minutes at the most. Unfortunately, some disorders cause vertigo that can persist for more than 24 hours. Even worse, other rare illnesses can result in permanent vertigo. They often require intervention before they go away. If you experience prolonged bouts of vertigo, you better consult a doctor for a proper diagnosis.

Missouri Based Chiropractor for Vertigo Near Odessa

Besides killing all these myths, another thing that can help you get a solution for the uncontrollable bouts of vertigo is the niche within chiropractic called upper cervical chiropractic care. This unique form of therapy often goes unnoticed, but it is gentle and precise. It focuses on the two uppermost bones in the neck or also known as the upper cervical spine.

Once you have received an upper cervical chiropractic adjustment and realize it is the right care for you, you would understand that vertigo isn’t due to age at all. It is often related to an old neck or head injury that caused a misalignment in the upper neck.

Eventually, you would get to enjoy living a vertigo-free life, just like many of our existing and past patients.